A Tribute To My Girls, In My Daughter’s Eyes

Last weekend my wife and I had the opportunity to have front row seats at the local Martina McBride concert.  One of the songs she sang was, In My Daughter’s Eyes, which I've heard a thousand times and loved ever since it came out, back in 2003.  For your enjoyment I linked a video here* and posted the lyrics at the end of this story. 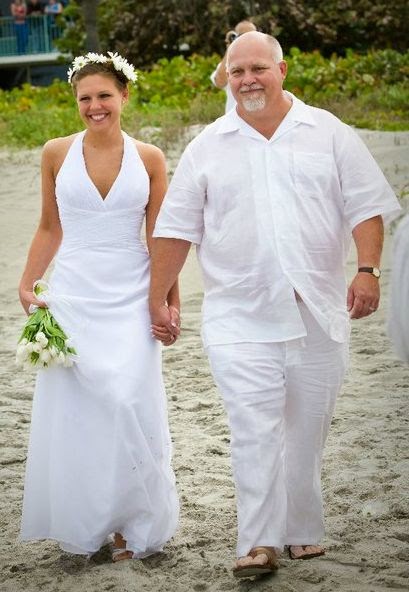 As many times as I've heard it, I've always thought of it as a mother-daughter song, until the last time when I suddenly realized it was a daddy-daughter song as well. When that thought hit me, I lost it. In that moment, all the love for my little girls came flooding to the surface. My little girls aren't so little anymore, plus the two I started out with was increased when I remarried and gained two wonderful step-daughters, and when my boys married, two more beautiful daughters-in-law joined our family.

There’s something special about the relationship a father has with his daughters that’s different than with sons. Even though my girls were “sugar and spice…” growing up, they were kind of tomboy too, but in a good way - balanced. I’ll never forget the time Melissa and I went 4-wheeling across the pasture in our old Jeep for her first driving lesson or how beautiful she was on her wedding day at Cocoa Beach when we were all dressed in white. Then there’s my Em.  She and I spent hundreds of hours together on the archery range, and she’s grown into a beautiful young woman who’s intelligent, compassionate and kind. 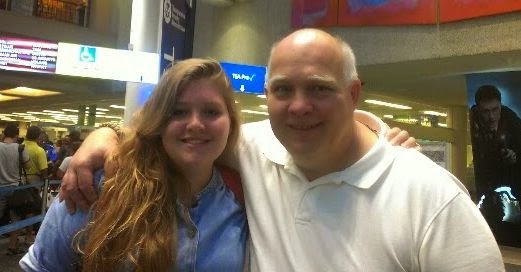 I’m still getting to know my bonus girls – Amber, Savannah, Jessie and Melissa, but what I've learned so far is they are beautiful, hardworking, intelligent and dedicated women who do the best at what they have been called to do right now as wives, moms, students and breadwinners.  They’re daughters of God, and I treasure each of them.

Dads out there, I encourage each of you to appreciate the daughters and young ladies of your life.  Treasure them, tell them you love them, and appreciate the stage they’re in right now.  They need to hear and feel it from you today, and when they do both of your lives will be blessed.  Someday I’ll be writing another story dedicated to my great sons and my beautiful grand kids, but this I had to share with my girls today.  So proud to be your Dad, Step-dad and Father-In-Law. - gus

Here are the lyrics...

And when she wraps her hand around my finger,
How it puts a smile in my heart,
Everything becomes a little clearer,
I realize what life is all about,
It's hanging on when your heart has had enough,
It's giving more when you feel like giving up,
I've seen the light,
It's in my daughter's eyes

The song was written by James T. Slater, produced by Martina McBride and Paul Worley.  The song features accompaniment from pianist Jim Medlin and string arrangement by Don Hart.  It was published by RCA Records Nashville on the Martina album, November 2003.

*Video - Live performance at the CMA Awards 2003. In that CMA edition, Martina won her third Best Female Vocalist of the Year.